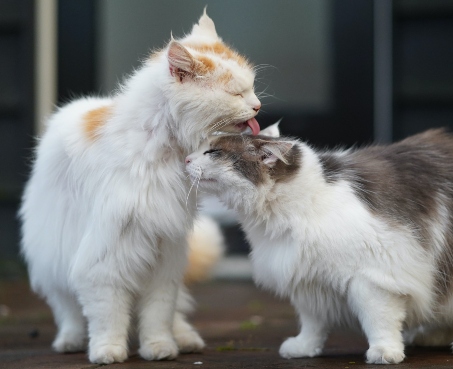 How do you know if your new cat is a good match for your current cat?

Online you can find all kinds of advice about which cats are good matches. Two cats from the same litter for example; a mother and a child or if you already have a cat then you should choose a second one of the opposite sex and that kittens will always be accepted. Unfortunately, there are no such guarantees.

What you should pay attention to when choosing a second cat

Be honest with yourself about why you want a second cat. For example, is it because you are away a lot and think your current cat needs a friend? In that case your cat will probably benefit more if you are home more often and play with him regularly. More so than if you set him up with a roommate who eats his kibble and with whom he has to compete for your attention.

Choose a second cat that is in the same life phase and has a similar temperament as your current one.

You can roughly divide life phases of cats as follows:

Please note that kittens are generally more flexible when it comes to changes and new housemates than adult and older cats. Also, during puberty, cats will start to push the boundaries and this is a phase where playing, especially with males, will increasingly turn into fighting.

Your cat’s temperament is determined by his age and by your cat’s character. There are super energetic and playful older cats and also timid and cautious young cats. For a good match, a similar energy level and need for play are good indicators.

3) Do you have enough space?

Is there enough room in the house for two cats? Is your home big enough for the number of essential resources (that is eating, drinking, scratching and sleeping places and also litter boxes) you need for two cats and also to place those resources 1,5 to 2 metres apart?

What do you need for two cats?

Can you put up high shelves for your cats so they can get out of each other’s way? In a rented house, people often aren’t allowed to drill holes in the wall.

Of course, there are creative solutions. Litter trays can be hidden in cupboards, bookcases make great climbing poles and a laundry basket can also function as a scratching post. Google “Ikea hacks for cats” for inspiration.

Think twice before bringing a second cat into your home.